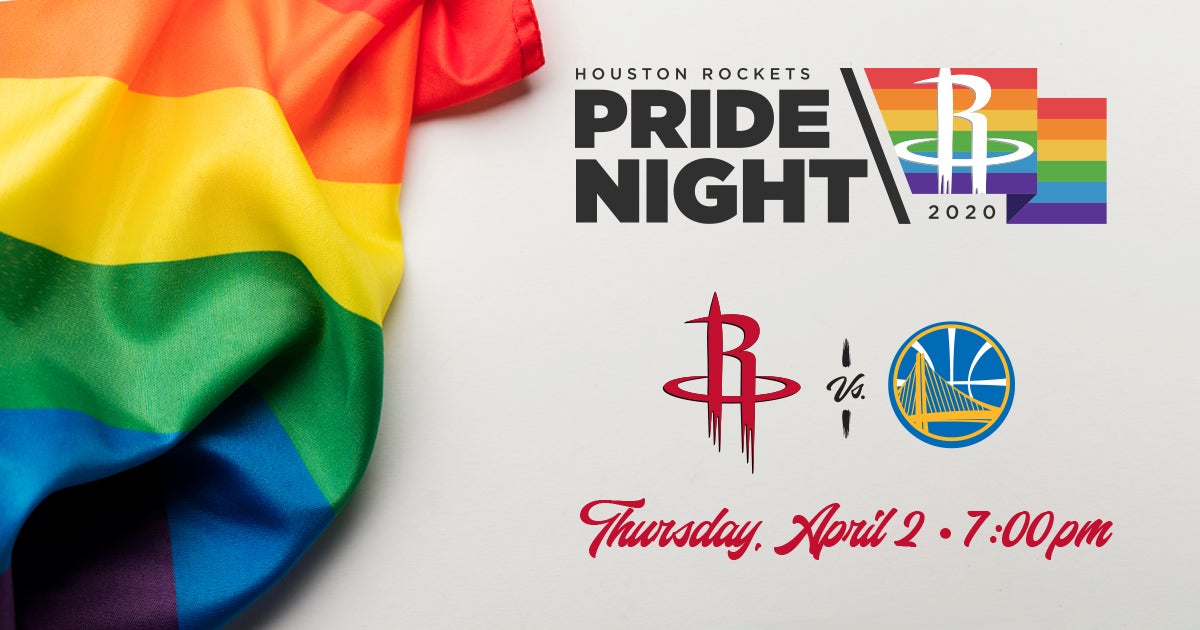 On Thursday, April 2, the Houston Rockets will host Pride Night. The game, which is presented in alliance with the Greater Houston LGBT Chamber of Commerce, will take place at Toyota Center as the Rockets take on the Golden State Warriors at 7PM.

Scheduled activities and events include:

The "H-Town" Pride Night collection will be available in the Team Shop at Toyota Center on the night of the game. The Rockets Team Pride logo t-shirt (pictured below) is currently available online. 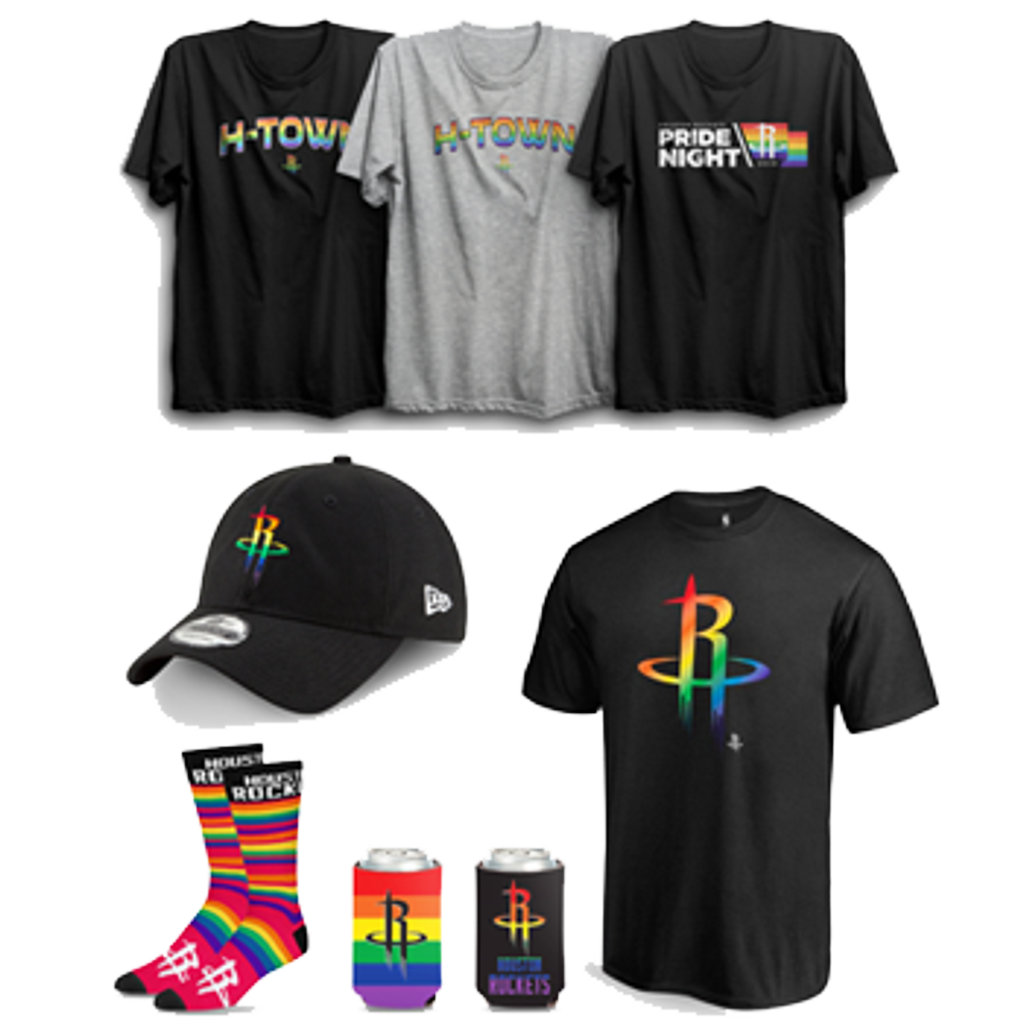